Epilogue: Springer to Gainesville to Berwyn

From the summit, we walked back down the 0.9mi to the parking lot. There, my Uncle2 Bob and Aunt Pat picked us up and drove us back out along the forest roads to civilization. We stayed at a house they have and are working on remodeling, where their daughter Janet lives; we had a relaxing and fun evening there (Janet fixed us all dinner). The next day we visited Mark of the Potter (Uncle Bob and Aunt Pat are retired potters; I have done some pottery), and then stopped in at Uncle Bob and Aunt Pat's retirement community, Lanier Village, for tourism and dinner, before getting on the train.

Uncle Bob was telling us about a young woman who worked at Lanier Village, who we quickly realized was Flora — small world, still! Unfortunately she wasn't there (word on the street was: making up a hundred missed miles in New York — in December), so we couldn't surprise her by showing up, but we left a note.

Jo and I had the same train (overnight) from Gainesville to D.C., but then we parted ways: I had a couple more hours and then some commuter rail to home in Berwyn (at my mom's), whereas she had to wait out the balance of a 50-hour trip (including some visits with friends during layovers).

Despite being anti-plan most of the trip, we stuck to our end-of-journey plan pretty well — at least, we got to Springer on the 3rd (our projected later date), and stayed at a fair number of the places we'd mapped out. There were some alterations, and some varations considered.

And, I did put a little more wear on my Tevas (both pairs, but mostly the new ones). Above, at the N.O.C.; below, safely home in Berwyn. 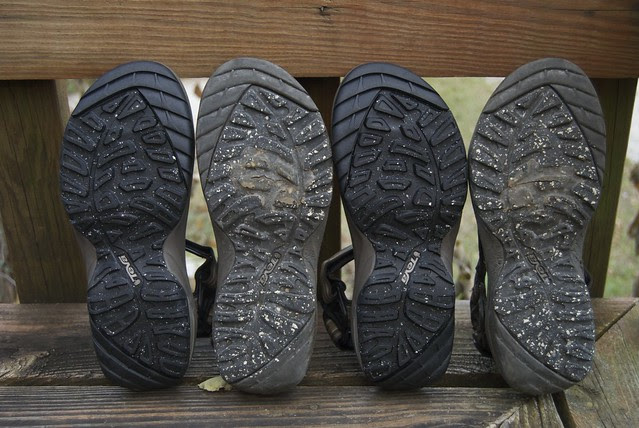 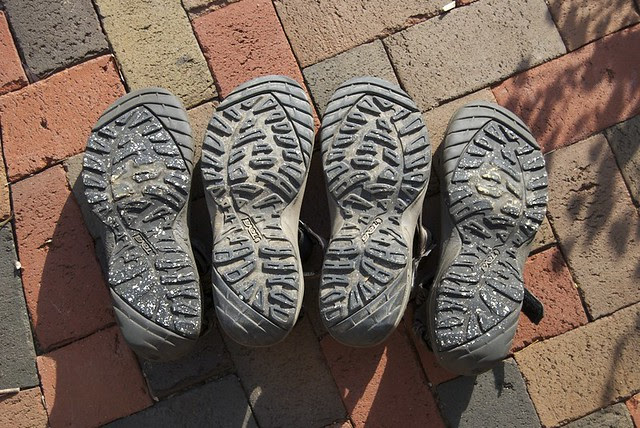